(briefly how is he getting k8.v2.v3 in the images)

He's trying to use POLY(dimension) to model a source using a polynomial to represent it. Form of Poly is k0 + k1x + k2x^2 and so forth so.. how the heck has he got k8*v2v3? If v1 v2 v3 are elements/dimensions of x the vector then x*x is the cross product and therefore.. you would get

If on the other hand he's doing (k0v1, k1v2, k2v3) to represent his vector then how does k7 enter the picture 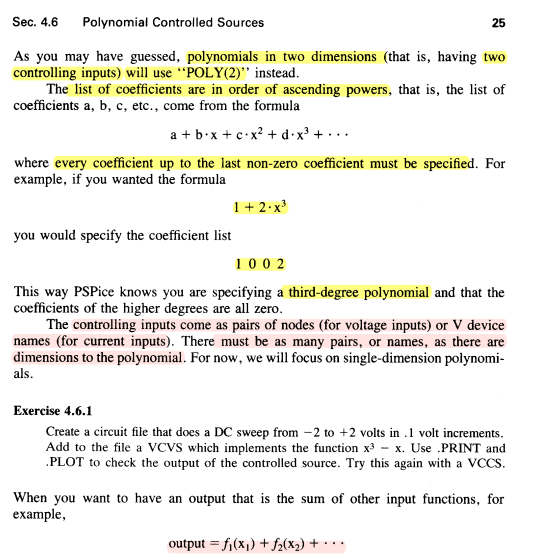 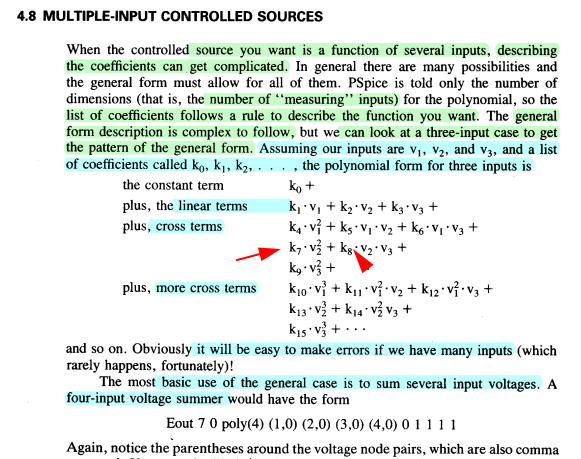 As the document states, for many inputs this rapidly gets error prone and, unless the formula really requires many of the terms, there are usually easier ways to sum the values together to get the required result.

the basis for the math is Linear Algebra: any link/src/book for further reading that would explain what he's doing? (reread Strang?)