The scattered waves are related to the incident waves by the following set of linear equations:

The Sij coefficients are dimensionless ratios; for most applications, the characteristic impedance of the system, Z0, is 50 ohms. S11 is the input reflection ratio and is defined as the ratio of the input port reflected wave to the input incident wave. If the incident wave at the output, a2, is set to zero, then the equations reduce to b1 = S11a1 and b2 = S21a1. Using the defining equations, this reduces to

Where
V1/I1 is the input impedance Z.
S21 is the forward transmission ratio and is defined as the ratio b2/a1.

If the input and output load impedances of the circuit are the same, then S21 is the voltage measured at the output multiplied by 2. If the incident wave at the input is set to zero, then the equations reduce to 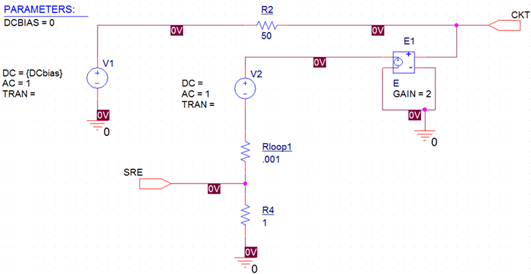 Create above circuits in Capture and create a hierarchical part for each. For the purpose of this article, these custom parts are named XMITS(Figure. 3) and REFLECTS(Figure. 4), respectively.

Since the output load matches the input load, the transmission coefficients are the output voltage multiplied by 2. The E device, E1, has a gain of 2. The port labeled CKT is used to connect to the external circuit. The port, STR is a hidden pin as shown in Figure. 3. If it is left unconnected in a schematic, OrCAD Capture will generate a unique net. Alternatively, a specific net can be named for the connection by editing the PSpiceDefaultNet attribute value (see Figure. 4) for the XMITS part instance; this way, the STR pin will have a known label ( S21 in this case) when analyzing simulation results within the Probe window. 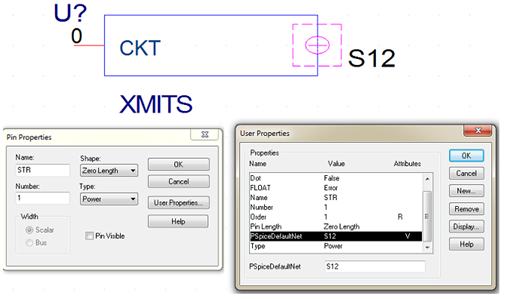 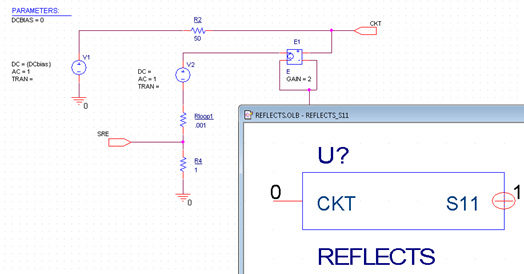 The reflection coefficients are the input voltage multiplied by 2 minus AC unity. The E device, E1, has a gain of 2. As in the transmission coefficients measurement circuit, the interface pin labeled CKT is used to connect to the external circuit. The pin, SRE, is a hidden pin like STR described above, (see Figure. 6). The REFLECTS symbol also has a DCbias property. On active circuits, the DC level can be set on voltage source, V1, by changing the DCbias property for the REFLECTS part instance in OrCAD Capture. By default, this property is set to zero. 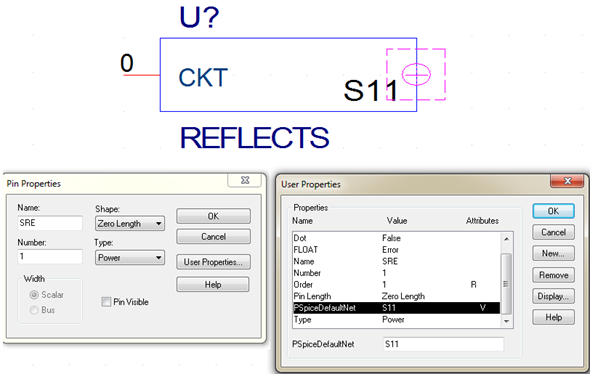 The circuit shown in Figure. 7 is a fourth-order Butterworth bandpass filter with a center frequency of 250 MHZ. The first circuit measures S11 and S21. The second circuit measures S12 and S22. For simulation, the AC analysis settings are 500 linear points from 200 MHz to 350 MHZ. The results of the analysis are shown in Figure 8. Extract the attached Test_Case.zip to find the passive folder with this example. 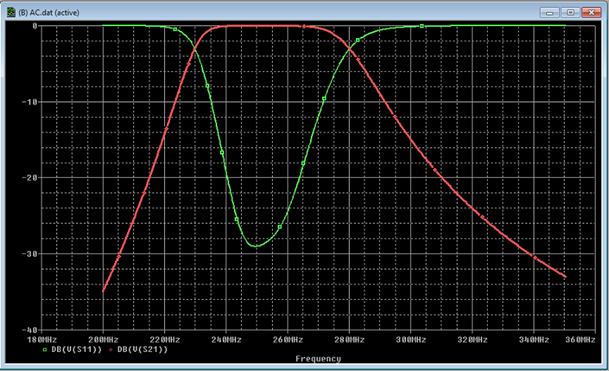 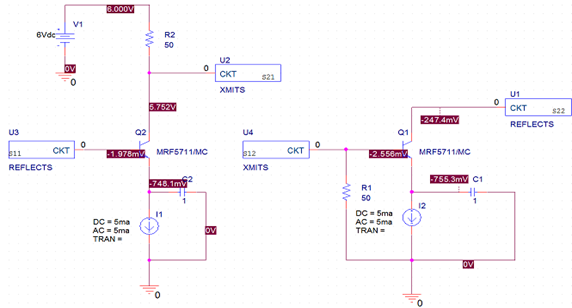 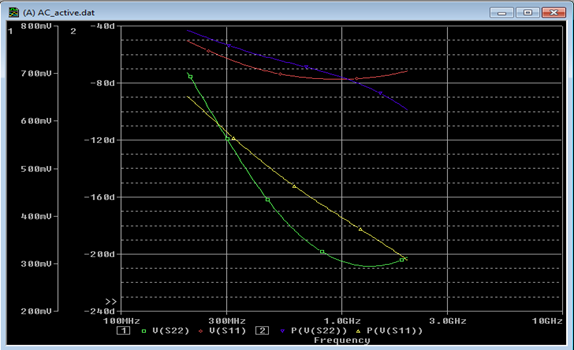 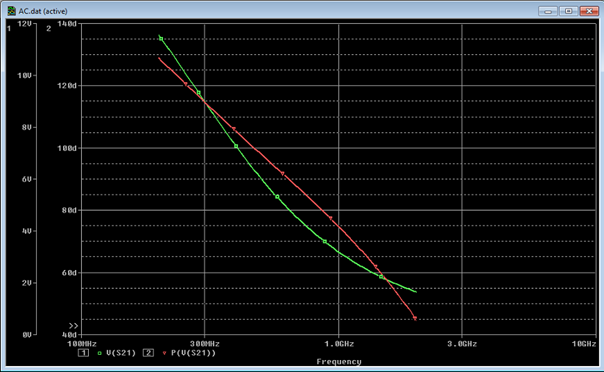 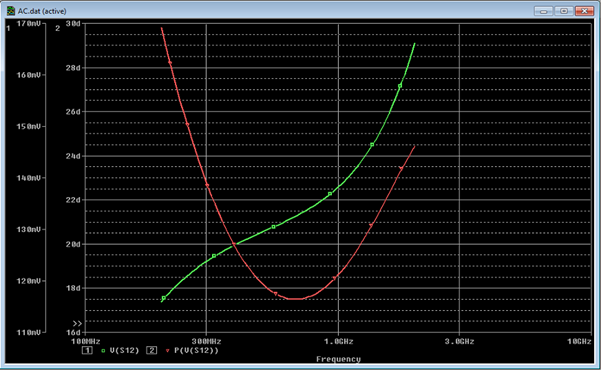